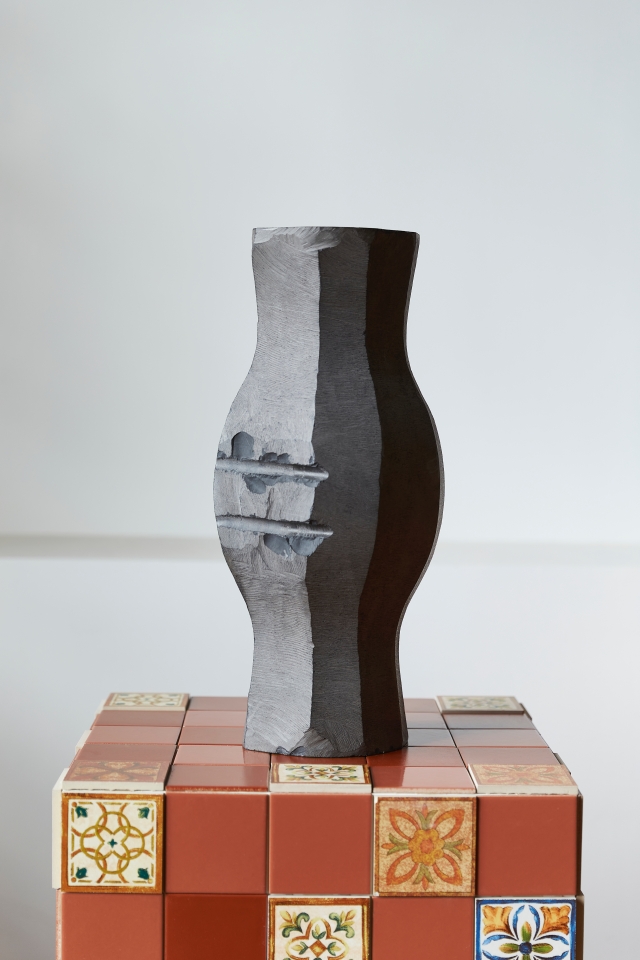 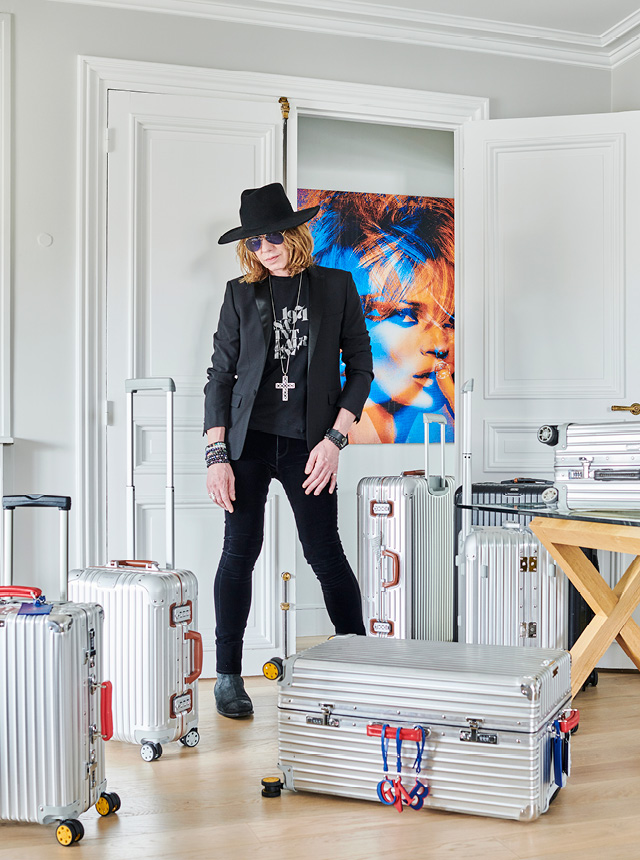 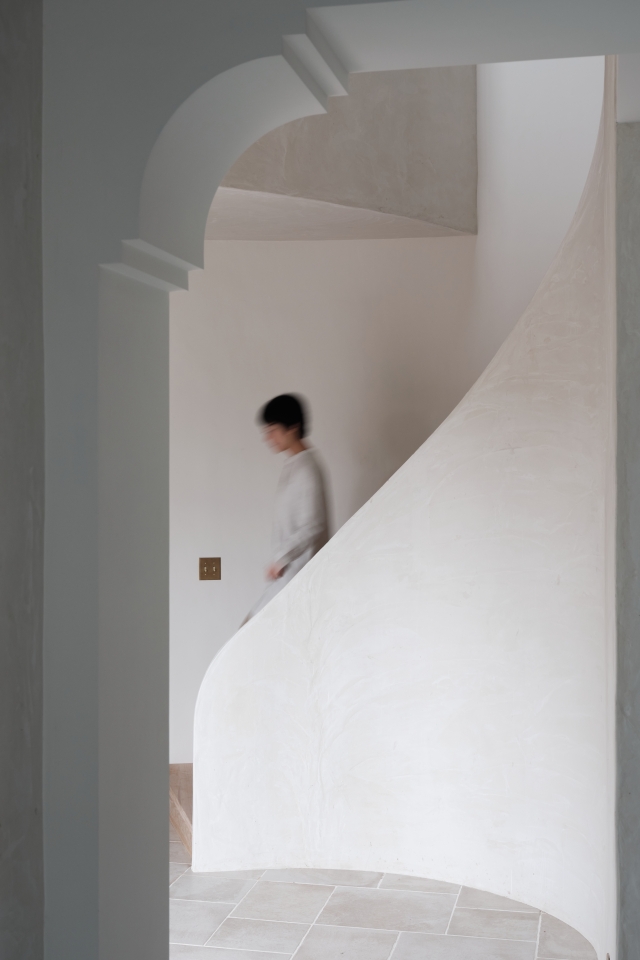 PODCAST
WHAT MAKES A GOOD CONVERSATION? LOOK NO FURTHER THAN OUR ART OF THE CONVERSATION, FEATURING UNCONVENTIONAL STORIES AND PEOPLE WHO MOVE AND INSPIRE
LISTEN NOW
Artist Sabrina Ratté’s Work is Situated Between the Abstraction and Figurative, on the Thin Line that Separates the Real from Virtual

Sabrina Ratté is a Canadian artist living in Montreal. The constant integration of new techniques allows her to explore the themes that run through her work in ever-changing forms: the influence of architecture and the digital environment on our perception of the world, the relationship we have with the virtual aspect of existence, the fusion between technology and the organic world. Her works are situated halfway between abstraction and figurative, landscape and architecture, and on the thin line that separates the real from the virtual.

She has been nominated for the Sobey Arts Award in 2019 and 2020. Her work has been presented internationally by several institutions including the Laforet Museum (Tokyo), Musée National des Beaux-arts du Québec (Quebec City), Thoma Foundation (Santa Fe), PHI Center (Montreal), Whitney Museum of Art (New York), Chronus Art Center (Shanghai), Museum of the Moving Image (New York). She is represented by the Ellephant Gallery in Montreal and the Charlot Gallery in Paris. Her work Floralia is now part of the collection of the Montreal Contemporary Art Museum. In the spring of 2022, the Gaîté Lyrique presented her first major solo exhibition. Here, she tells us more about her passions, process, inspirations and collaborating with Hermès.

Please share your background with us - what sparked your interest and passion to become an artist?

I studied film production in Montreal, in a program focused on experimental cinema, where, among other things, 16mm film was taught. I feel lucky to have this background, as it has been a great formation about moving images, I have learned the formal language of cinema which is still part of my work today. This said, it was during my MFA (Master in Fine Arts) that I realized that film wasn’t the medium I wanted to explore. I was way more fascinated by electronic images and all its possibilities. That’s when I discovered many great artists in the field, pioneers such as Lillian Schwartz, Dan Sandin, Steina and Woody Vasulka to name a few, that were my new teachers. I then started experimenting with video feedback, and discovered the video synthesizers world. From there, everything went really fast!

The virtual world has provided art with endless possibilities, and an integration of the virtual reality and the organic world remains the theme in much of your work. How does the physical world inform what you do in the digital space?

I am deeply fascinated by the tension, or rather, the dialogue between the virtual and the physical realm. When I think of the virtual, to me, it includes not only virtual reality as a medium, but all kinds of images, cinema, stories, dreams, paranoïa or hallucinations, and mostly, subjectivity. I am interested in how what we call reality is in fact the result of a consensus between many interpretations and how it is shaped by subjectivity. To me, video and digital art are means to explore the malleable nature of reality, questioning it, reinventing it. Metaphysical and philosophical readings inform a lot of my work, as they bring me to question what is considered real, and how easily reality can shift into other realms…

More concretely, since the last two years, I have been exploring photogrammetry, a technique that allows me to extract elements from the physical reality and import them into the digital spaces that I create. The “realness” of these digitized objects startled me. It is a powerful tool, a way for me to bring outside reality into my own subjective world.

If you could bring one architecture piece/imagined space you have produced in the digital world to life, what would it be and why?

I have recently been invited by the Gaîté Lyrique in Paris to do a solo exhibition in their 1000 square metre space. I had the chance to bring a lot of my videos into the physical realm, mixing projections and structures that can remind of the idea of “follies” in architecture. It was the materialisation of many of my digital creations. At the risk of sounding a bit cliché, it felt like a dream come true! This said, if I had to choose one of my architecture inspired pieces to be built in the same proportions as I created them, I think that Undream would be one that I’d be curious to see. I imagine that the utopian feel of the video would be nightmarish in reality, as it would be so imposing and out of proportion compared to the landscape, it would be vertiginous to look at… Which should be an interesting experience!

What is your thought process to conceive ideas of scenes that you create?

My process has evolved a lot over the years. At the beginning of my practice, I was more inspired by the dialogue with my machines and the results of my experiments. This way of working opened my mind to so many other arts, and especially architecture. This interest led me to integrate 3D animation into my practice, which completely changed my approach. Working with 3D means long renderings, as opposed to immediate results that the analog video allows. This also means a lot more thinking ahead, it requires to be more precise about the image I want to create, what I choose to render.

In parallel, I find that my readings inform my process more than they used to do. They actually became my main source of inspiration. Words evoke images; these images can take  part of the conversation on a more intuitive level. I take a lot of notes, such as quotes and personal reflections about certain subject matters that I investigate (lately it has been the concept of waste, garbage). So writing is also a lot more present in my process.

How would you describe your aesthetic? What is your favourite work that you have produced so far?

I can describe the tools I use or the inspirations that inform my work, so I would say that it is a mix of all of those things and I hope, of something else that couldn’t be put into words. I see my aesthetic to be in constant evolution. My favourite work is always the one I am working on, as it is full of new potential and it is closer to what I am interested in at the moment. I am now working on a new project entitled Objets-mondes. I am interested in the traces that humans leave and how they become an intrinsic part of an ecosystem. For the last year, I have been doing 3D scans of abandoned objects, such as cars or computer screens. I am now re-contextualizing them in disproportionately large dimensions within landscapes seen from afar. I see these abandoned objects like ruins of monumental architecture. These vestiges of the Anthropocene will be deployed within an interactive device in collaboration with Guillaume Arseneault, and a soundtrack composed by Roger Tellier-Craig. It will be shown At Le Fresnoy in September, an art school in France where I was an invited artist this year.

How did the collaboration with Hermès begin? What was the brief? What feelings or reactions do you aim to arouse through the installation?

Hermès contacted me a year ago, through my gallery in Paris, Galerie Charlot. They came to my studio, we talked about my work, and a few weeks later they contacted me to know if I would be interested in a commission. The idea was to create an installation for their stand at Watch & Wonders in Geneva, a luxury watches salon. The only specific request was that the piece would be inspired by the concept of the watch they were launching. They respect art and this showed in the way they gave me a lot of freedom with my creation. I felt grateful for this very supportive environment.

The installation was inspired by the planisphere on the watch, which represents the imaginary continents of Hermès. This was in line with my own practice, so it was natural to me to choose this concept. The watch also displays the time of all the time zones simultaneously, so there was the notion of ubiquity that also inspired the project. This led me to question how technologies such as watches, satellite images or the Internet have transformed and condensed our notion of time and space. I created 12 landscapes taken from satellite images from different parts of the world, that I transformed in order to create strangely familiar places, and yet completely imaginary. These landscapes became 12 interactive window displays where time can be controlled by the visitors. I also made a large scale video that immersed the whole stand like a window opening on the horizon, as well as two 3D printed sculptures illuminated by video mapping. I wanted to reflect on how time is a subjective matter; with the window displays you can control it, make it go slower, backward, faster, but when you entered the atrium, time would stretch, it was a space where you let go of control and welcome a meditative state.

How have the recent years changed your creativity? In your opinion, how will the world and the art scene revolve in the future?

During the pandemic, I spent a lot of time in the countryside, where I could read and research. This context allowed me to have deeper reflections about subject matters such as ecology and the anthropocene. I also explored new tools, such as photogrammetry, which became an important part of my latest works. I like to imagine futures but I am not really interested in trying to predict them.

Do you plan to create your own realm in the metaverse or is it something you are already working on?

I did a piece of VR, as part of my series Floralia. I enjoyed the process, but for the moment, it is not in the plans to dig further in that direction.

Outside of art, what other interests do you have? What do you enjoy doing to decompress and keep your ideas fresh?

As mentioned earlier, I read a lot, and I write everyday. This helps me stay grounded, especially this year, which has been one of the busiest of my life, I mostly only worked and spent a lot of my time on trains. I count on this summer to spend time in the countryside and to reconnect with other activities!