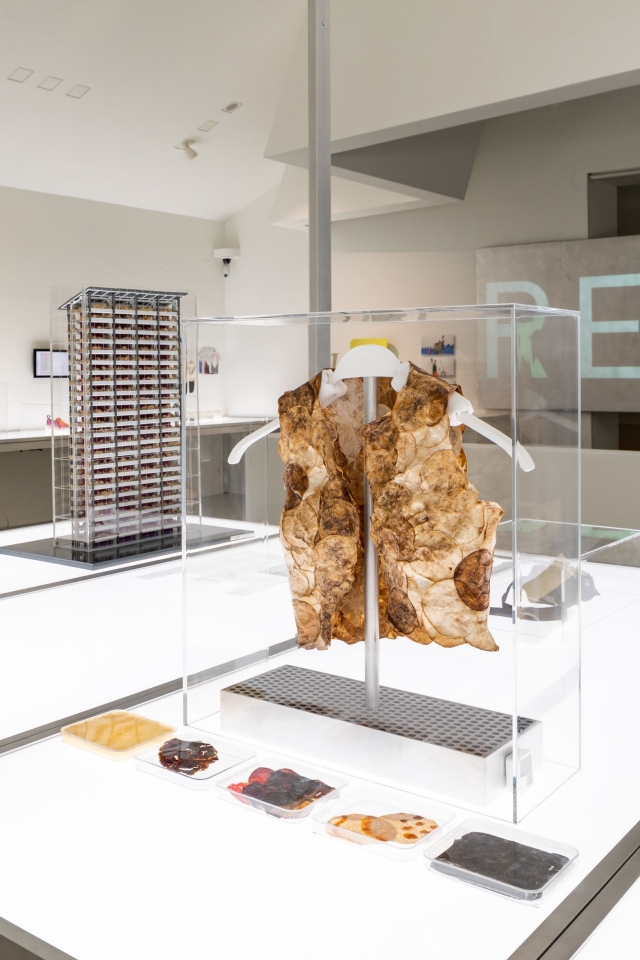 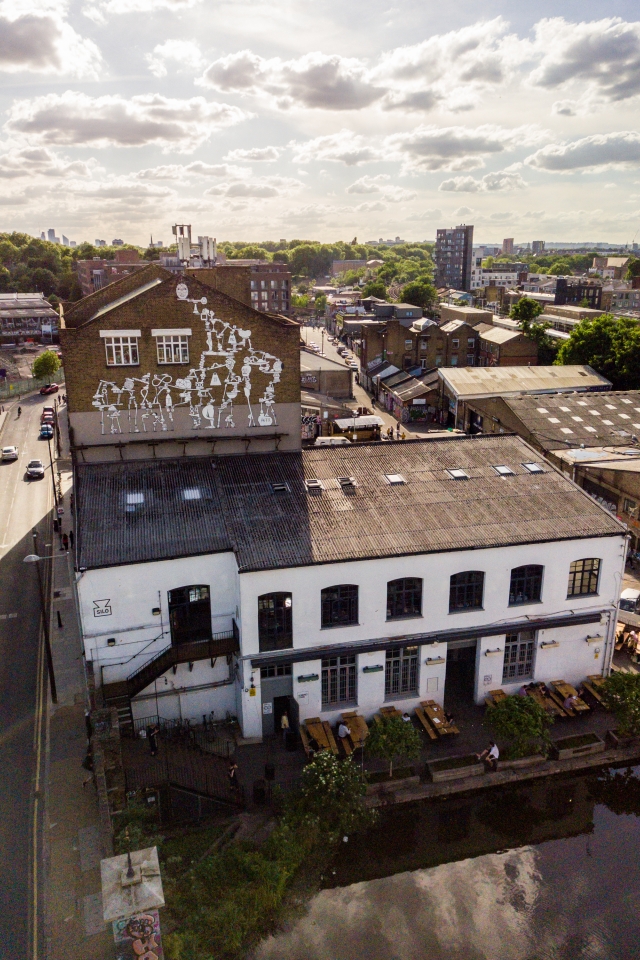 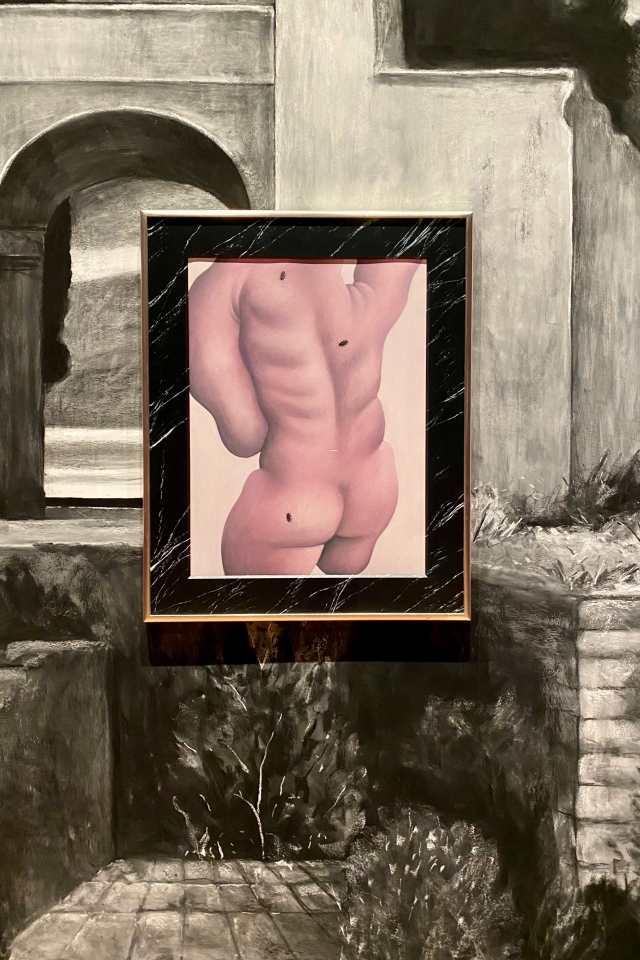 PODCAST
CHI WING LO: THE ARTIST WHO TEACHES US HOW TO LIVE AND ALLOWS US TO SELF REFLECT
LISTEN NOW
Fundolandπ is One of the Major Amusement Brands Under LEDI Culture, Offering a Dreamlike Design Journey of Escapism by X+Living

The recently launched Fundolandπ in Changsha, China, is an "offline social entertainment metaverse" born out of the big bang of design inspiration. With layers of depth, the space has never been more theatrically exploratory, as if consciousness dives on a train into a dreamlike ecstasy to encounter an endless succession of visual spectacles, floating between reality and illusion and submerged in a dream-like dimension. Fundolandπ is located in the Red Star Business District of Changsha, encompassing a premium target audience that follows quality lifestyle and fashion trends. The project is precisely anchored in the popular areas of contemporary youth consumption, integrating diversified entertainment businesses such as retail, restaurants and pubs, Leisure arenas include bowling sports, an escape room, murder mystery games, KTV and arcade games, all created with the concept of "creating a trendsetter for offline consumption scenes in the era of cultural and entertainment" to cement its position as a secret urban playground for the trendsetters. Within the 4,500 square feet space, the designer integrates more than ten diverse and complex entertainment areas and functional zones to present a series of complete immersive experiences. Judging from the surreal display of futuristic art, a flamboyant animated art style has been used to create a magical, futuristic atmosphere with a strong narrative.

In terms of the original plan of the building, the site conditions posed a great challenge to the design team at X+Living: the irregular spatial boundary lines and the many non-removable columns became the first barrier for the designers when building this indoor entertainment complex. In order to avoid the interference of columns, the designers divided a tunnel-like corridor space of about 60 meters long and properly used it as the restaurant and pub area, (which also carried the role of the main traffic artery of the space). The rest of the entertainment areas are planned along this main visitor route on both sides, enhancing the accessibility of each subsidiary space and strengthening the fun and joyful exploratory aspect of the project as a whole. Meanwhile, the black mirrored wall at the entrance reveals a fantasy world inside an arched doorway, like a journey into an animated fictional universe, with several oncoming "dream trains" creating a strong sense of surreal dislocation. The unique and differentiated atmosphere gives the project a mysterious urban atmosphere: "a magical trendy base that is only open at certain times of the day, attracting urban explorers and entertainment adventurers to gather here". The "Dream Train '' is a symbol specially designed for this dream world, carrying a mission called "Escape", that leads visitors to escape from the banal reality and boredom of everyday life. Trains, subways, carriages, tunnels - all these symbolic elements of the theme are transformed into echoes of the dream world, allowing you to fall into a deeper level of adventure and unreality.

Behind the thematic construction is a complex design system that integrates function and aesthetics. The design team has ensured that the aesthetics are preserved while achieving the maximum utilization of the area and the rational placement of ancillary functions. The consumer circulation follows the change of the space pattern and extends forward in a streamlined manner. The designer breaks the way of regular evolution of the ceiling, and at the same time uses the contrast of materials and the interplay of warm and cold colours to create a wonderful sensory experience of "statics showing dynamic aesthetics". Different dining areas are planned inside and outside the train carriages and the dining tables and chairs can be flexibly combined to meet different operational needs and create a free and open social atmosphere. This multicultural atmosphere intertwines with the surreal arc light, making this scene seem like a Cyber-future fragment embedded in the real world. Where the dream train stops, the mysterious passage to the next station of this fun adventure is connected. Metal pipes decorated with dazzling light boxes connect the other entertainment areas in all directions, leading the players to another parallel space of different styles. The highly differentiated space pattern and colour scheme enriches the overall project experience, and the ingenious design successfully stimulates the consumers’ desire for exploration once again.

The design of the arcade game arena has been inspired by the "retro neon subway", so the designer has incorporated subway seats, handrail rings, signage, ground warning lines and wall graffiti into the space to create an underground arcade. Black and white collage tiles and fluorescent green decorative light strips form the retro-punk scheme of the space, which is further enhanced by rosy pink ambient lighting emitted from the video game equipment, making it even more techno-psychedelic.

From the bowling alley to the magic station, unimagined experiences are all within reach here. The bowling alley has been transformed into a central station that bridges the future and the past, overturning the stereotypical image of space and bringing a futuristic fantasy into a new era of time and space. A huge locomotive sits at the focal point of the grand and open hall. The arched metal corridors on both sides create an array of aesthetics, upgrading the entertainment fun into a high-end amusement experience full of rituals.

The Livehouse uses a metal wall grille to enhance the retro feel and refinement of the space, while the dark red sofa seating and marble bar table add a sense of quality. The seating is placed on both sides of the stage and the cold blue lights outline the structure frame of the space, rendering a bit of pioneering psychedelia and creating an overall immersive atmosphere for each performance.

The entrance of the KTV is located at the end of the tunnel dining pub. The designer deliberately sacrificed part of the second floor during the planning stage to create a stunning visual effect of the double-height foyer. Two staircases are interlaced in the shape of X letters, and the designer uses symbolic aesthetics to grasp the magical tone of the space to the fullest. The mysterious atmosphere created by the dark metal is embellished by red linear light strips and geometric light spots, presenting an almost psychedelic future aesthetic.

As the space progresses, the designed landscape becomes more and more abstract and sci-fi, leading visitors from the real world into the surreal space. The designer has transformed this into a sensory experience, allowing consumers to shuttle between the virtual and reality, to experience the most futuristic artistic experiences.