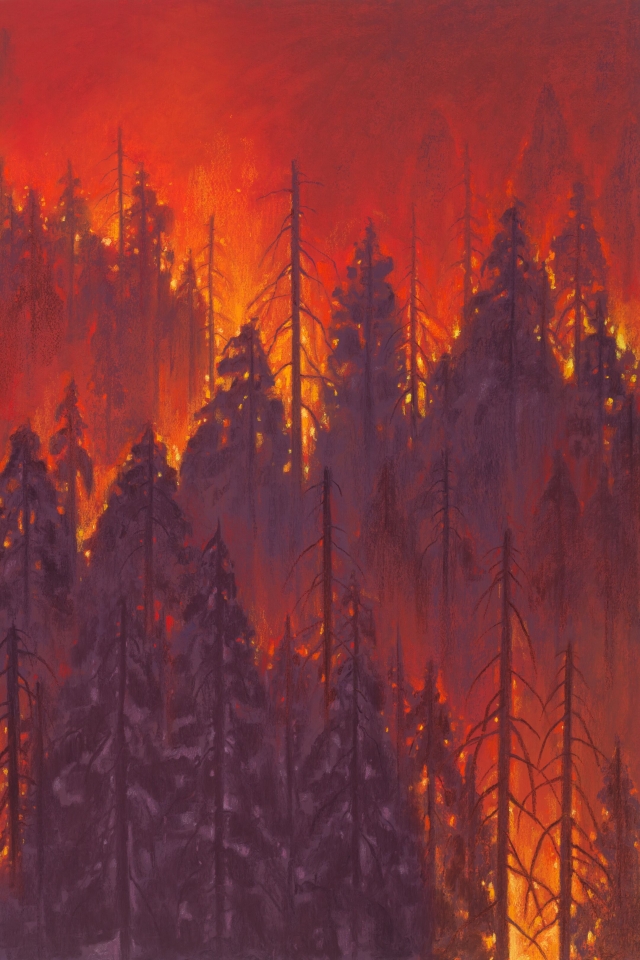 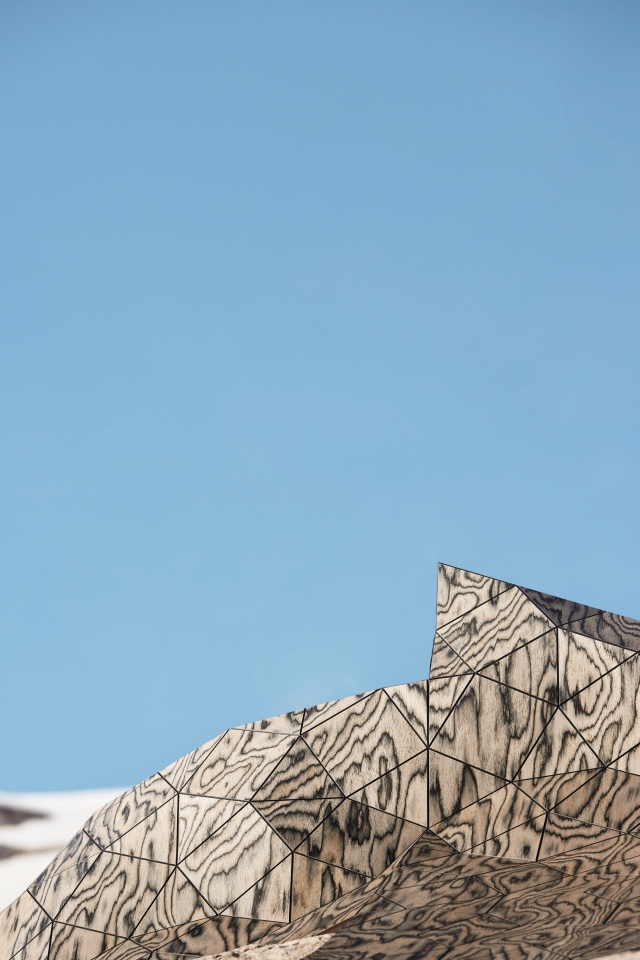 PODCAST
WHAT MAKES A GOOD CONVERSATION? LOOK NO FURTHER THAN OUR ART OF THE CONVERSATION, FEATURING UNCONVENTIONAL STORIES AND PEOPLE WHO MOVE AND INSPIRE
LISTEN NOW
Experience the Joy of Exploration Amidst the Outrageous Beauty of Namibia with Anji Connell

Namibia is the Disneyworld of nature, of otherworldly landscapes and a pure geographical theatre

Namib comes from the Nama origin and means "vast place", Namibia is a coastal desert of open spaces and limitless horizons that stretch more than 2,000 kilometres, along the Atlantic coasts of Angola, Namibia, and South Africa, that is the size of France and Britain combined, with a population of two million – only Greenland and Outer Mongolia are less populated. Namibia is exciting, exhilarating and unbelievably beautiful. It boasts some of the most dramatic desert-meets-the-sea landscapes and the largest sand dunes in the world. It's an untamed wilderness with a raw and rugged beauty that captivates, fuels your wanderlust and feeds your soul. And the best way to see it is bouncing from camp to camp via bush plane, or on a 4x4 road trip, exploring the hauntingly beautiful Skeleton Coast, climbing the physically challenging Big Daddy sand dune in Sossusvlei, racking desert animals, to sandboarding and speeding through the desert on fat-tire bicycles or quad bikes, to hot air ballooning, and stargazing under one of the least light-polluted skies in the world. This country is adventure packed.

Our adventure begins with a magical two-hour flight in a small 35 seat plane from Cape Town to Walvis Bay in Namibia. The journey is spectacular [book your seat on the left facing] with a full-on view of the incredible dunes and the Atlantic Ocean. It's like a National Geographic video playing below you. We spend the night in Walvis Bay, departing early the next day on our 4x4 road trip to see the iconic red dunes of Sossusvlei, through the Namib-Naukluft Park, Africa's largest national park, through unravelling desert plains, and the scenic canyons of the Moon Valley system. The Namib is the oldest desert in the world dating back at least 55 million years, and said to be the most beautiful. This unforgettable and mesmerising journey takes around five hours, during which we pass the Tropic of Capricorn that marks an imaginary line of latitude connecting Botswana, South Africa, and Mozambique, and Solitaire, a tiny quirky town that is a "not to be missed" refuelling point. A line of wrecked cars line the road alongside an old water pump - it looks like a movie set or a ghost town in the Wild West where the residents have all left. There's a petrol station, a shop, a chapel, a guesthouse and reputedly the most famous bakery in Namibia, Moose McGregor Desert's bakery, famous for its apple pie. We can vouch for its yumminess.

Our destination is Kwessi Dunes, a tented camp on a private reserve of 15,000 hectares of exclusive desert terrain. It's spectacular! Recent heavy rain, the first rain in several years means the landscape is even more beautiful, having burst into verdant desert vegetation, and Bushman’s Grass shimmering white as it wafts in the gentle breeze, and a scattering of white desert lilies, all backdropped by the dramatic peaks of the Nakluft mountains on one side and the red dunes on the other. Being enveloped in such an incredibly beautiful environment is humbling. The silence is soulful.

The camp is entirely solar-powered, and our room for the next two nights comes with a four-poster bed, striped canvas walls, and a "stargazer" room that is completely open to the dazzling starlight sky, in one of the least light-polluted skies in the world. We set off early the following day on the short journey to Sesriem - the gateway to the Sesriem Canyon, a natural gorge carved millions of years ago by the once-mighty Tsauchab River that is flanked by the magnificent and iconic red rolling dunes - evocative meandering pyramids, and one of Namibia's most impressive sights. They are the world's highest dunes, and stretch incredibly over 2,000km from Angola to South Africa. We spot Dune 45 (the most photographed in the world) due to its fascinating shape, but at 345 meters, Big Daddy dwarfs the other dunes, and the challenge to climb to the top of Big Daddy is irresistible - however, we fail miserably! Even with the promise of sliding down the opposite side to Deadvlei - a hauntingly beautiful valley of the skeletal remains of trees, petrified by centuries of little rain, believed to have died 600-700 years ago, are scorched black by the intense sun.

We follow this by a sunrise hot air balloon ride floating over the surreal carved dunes. As the sun rises, we spot animals roaming the plains and the mysterious fairy circles - hundreds of round patches that despite much research and debate, their origin remains a mystery. Are they a result of poisonous fungi, termites, UFOs or meteor showers? No one knows. We land to a beautifully set makeshift dining room in the middle of a plain, where we are served a delicious lunch, and bubbles. The whole experience is awe-inspiring and very out of Africa.

Our next stop is Swakopmund "the tourist mecca of Namibia". This charming seaside town is known for its wide-open avenues and colonial architecture, surrounding otherworldly desert terrain, where desert dunes sweep down to the ocean, and a quirky mix of German and Namibian influences intermingle. (Namibia was a German colony from 1884 to 1919). We spend a night here where we join six friends on another road trip that will end at Skeleton Coast, after a fabulous seafood dinner and local oysters.

From Swakopmund we set off inland to Damaraland and the Malansrus Tented Camp in search of desert-adapted elephants. We are in luck, and spend the afternoon amongst them before returning to our camp for sundowners and dinner around the campfire. We head to bed early as the journey to our next camp will be long and arduous due to the recent extensive rainfall that has washed the roads and bridges away.

Our journey takes us inland to Hoanib Valley Camp on the banks of the Obias River in the Kaokoveld region. On route, we visit a Himba tribal village whose way of life has changed little over the years due to their seclusion from outside influences. The OvaHimba are semi-nomadic livestock farmers who move around depending on rainfall and access to water. The Himba, especially women, are famous for covering themselves with otjize, a mixture of butterfat and ochre pigment that cleans and protects their skin from the hot and dry climate and insect bites, that is also considered a sign of beauty and signifies the earth's rich red colour of the earth and blood, the essence of life. We pass the elegant Herero tribal women wearing their now iconic Herero dress which is an adaptation of the Victorian-styled dress of the early German settlers, worn with a stylised hat. The men wear military styled suits decorated with badges in colours that denote which sub-tribe they belong to.

After several hours driving through ever more stunning landscapes, we arrive at a large flat expanse of red sands that leads on to a mountainous region where the Hoanib Valley Camp appears before us, an oasis in the desert, surrounded by an amphitheatre of metamorphic rock. Six sleek tents with sweeping rooflines are set above the valley grouped around a central open mess tent with yet more breathtaking views of the rich orange sand and lush green vegetation (that again is due to the recent heavy rains). The camp is gorgeous, open and breezy; it oozes barefoot luxury yet leaves virtually no footprint on this fragile ecosystem. After two amazing days once again, we set off on our journey with an escort overland to the Skeleton Coast National Park to Shipwreck Lodge. We are unable to take the normal route along the dried river bed as it is still under water. Our guide leads us through an array of ever-changing stunning and challenging terrain and finally through the Hoanib river bed to Shipwreck Lodge. We all draw a breath - the camp sits on the southern bank of the river on a sea of sand fronting the ferocious Atlantic Ocean, surrounded by the harsh beauty of the desert. It's incredible, as is the lodge itself.

The Skeleton Coast is the remotest of remote destinations of Namibia in majestic isolation, with an eerily desolate and haunting beauty. The Skeleton Coast National Park covers 16,845 km2, nearly a third of Namibia’s coastline. It is notorious for its unpredictable weather, treacherous fog, rough surf and shifting shores. Bleached whales and eroding shipwrecks litter the beaches, from which it derives its name. History has shown that this land is not suitable for man, and yet, life flourishes in the stark landscape. Elephants, lions, brown hyena, birds and other desert-adapted wildlife species call this unforgiving environment their home.

Ten cabins and the main lounge/dining room are designed by architect Nina Maritz to resemble shipwrecks. It sounds gimmicky, but it works. Sloping angles, tilted windows and portholes further reinforce the nautical feel. The rooms look as if they have been made with flotsam and jetsam from shipwrecks. Each item has been handpicked, and made by Namibian artisans.

We spent three nights here enjoying every second. From sundowner drives in the roaring dunes, an alfresco lunch on the beach, enjoying the crisp sea air of the sea breeze, and the ebb and flow of the ocean, to quad biking in the dunes and a trip to the Clay Castles - a fantastical natural geological formation, its fabulous. We follow the coast route to Swakopmund for the return journey, passing the remnants of many shipwrecks, an abandoned diamond mine, and remains of the Ventura Bomber, and the Mowe Bay and Cape Cross Cape fur seal colonies. We spent the last two nights in Swakopmund once again at the Strand Hotel on the promenade, acclimatising once again to an urban environment after the silence and stillness of the desert and taking our Covid tests in order to travel home.

The adventure continues though with a fascinating living desert trip where we meet the most amazing creatures - including the Namib Sand Diving Lizard, the adorable web- footed Gecko, the Namaqua Chameleon, Peringuey's Adder (Sidewinder), ending with a hair raising drive through and over the dunes.

Our last morning sees us on a catamaran trip to see the Cape fur seal population, literally travelling with pelicans, and seals, who hop on board to accompany us on the journey. Around 100,000 seals create havoc on a sandbank just offshore, entertaining us as they fight and bark; it's quite a sight and extremely noisy. One last lunch of bubbles and local oysters fuel us before we head to the airport and back to reality. It has been an incredible adventure and an unforgettable experience. Namibia has to be seen to be believed. It has stolen my heart.

We travelled with Natural Selection, Namibia Tracks and Trail, and Perfect Hideaways.